It’s astronomy time! Here are three short readings, and three STEAM activities, for kids 8-12 to explore the multitude of stars in the sky and the vastness of the universe.

These lessons are offered under a Creative Commons Attribution 4.0 License (CC-BY 4.0): You’re free to re-distribute, remix and re-use on the condition that I’m credited. Enjoy!

On a clear-sky night, go outside (or open the window) and look up at the sky. What do you see?

If you live in or near a city, the sky you see at night is different from the night sky that almost everyone who has ever lived saw. George Washington, Queen Elizabeth I, Shakespeare, the Pharaohs: everyone who lived before about 1920 saw a different sky than today’s city-dwellers do. When they looked up at night, they saw thousands of stars. If George Washington had decided, one clear, moonless night, to stay up all night and count all the stars in the sky, he could’ve counted 4 to 5 thousand stars.

How many stars can you see at night? If you live in a big city, like Chicago or Boston, you might only be able to see about 35 stars on the clearest, darkest night! Today, cities put a lot of light into the sky. Even when it’s not cloudy, that city-light bounces off tiny particles of water in the air to make the sky glow faintly. That’s called “skyglow,” and it drowns out the light of all but the brightest stars. 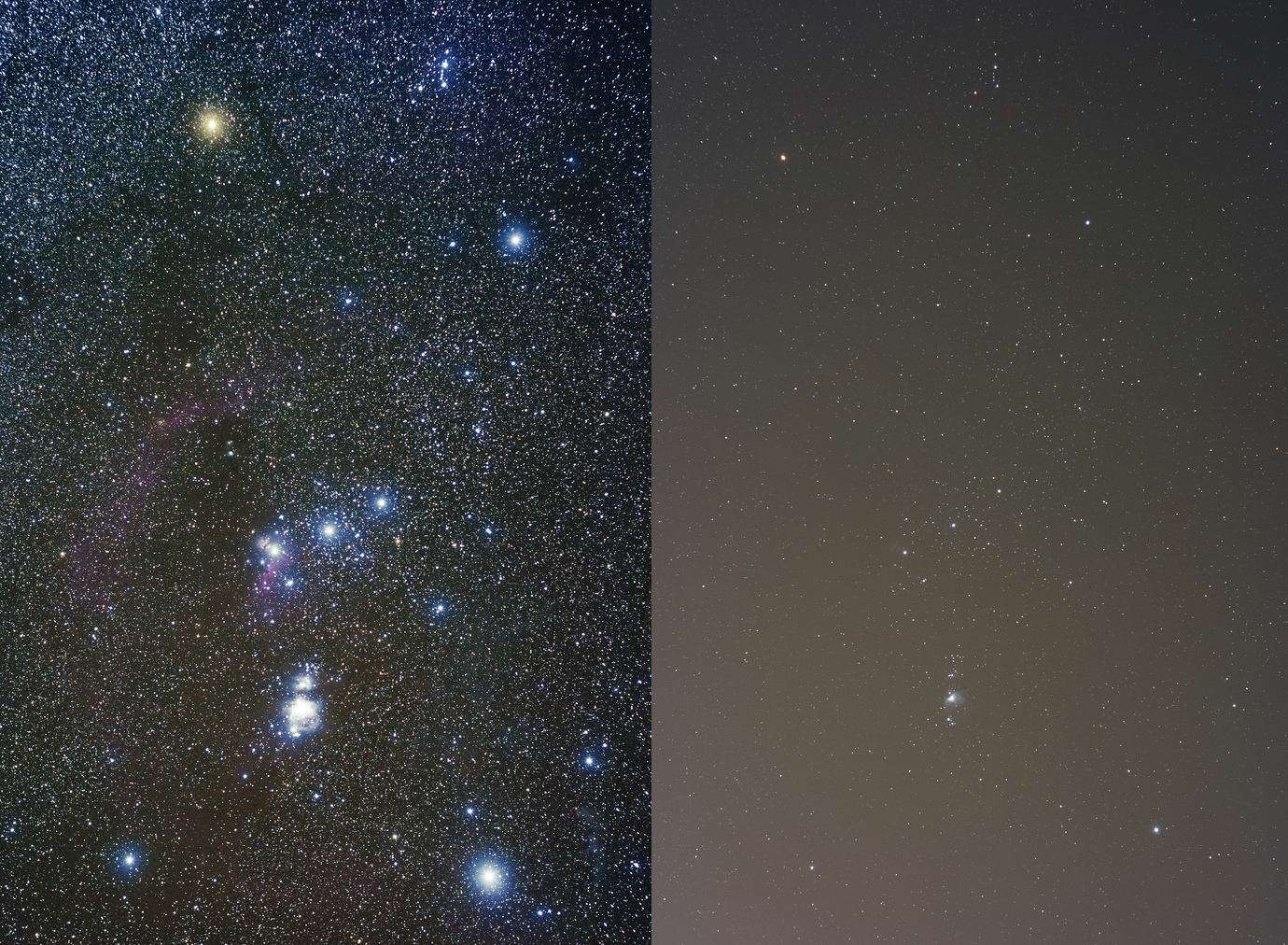 Activity: Sprinkle on the stars

Are you in the city? You can give yourself an idea of the country sky with this activity. You’ll make a portrait of the sky you see, then sprinkle on more stars.

Today, the Milky Way is so hard to see from the city that in 1994, when a power outage turned out all the lights in Los Angeles, dozens of people called 911 to ask about the strange thing in the sky! 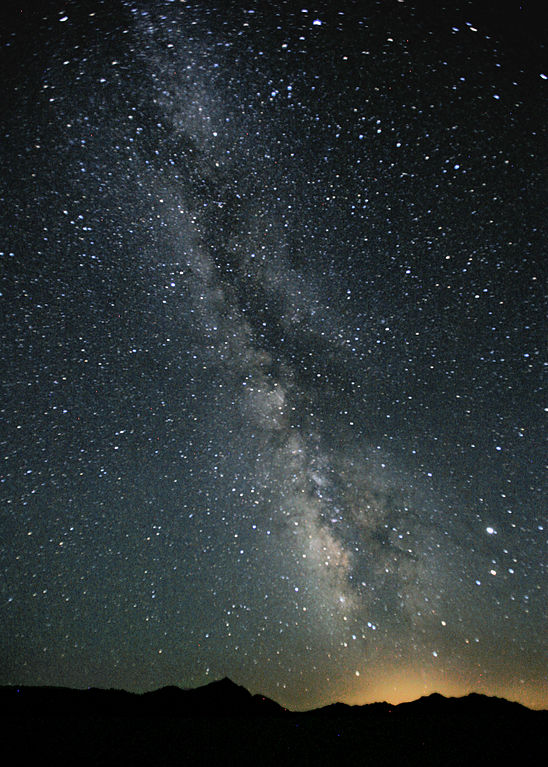 Activity: A band of stars

If you live in the city, you can make your own Milky Way to hang over your bed! (And you won’t need a drop of milk.)

Time: Half an hour.

If you’d like to learn more about the Milky Way, try this NASA article.

The Milky Way may have a hundred billion stars, but it’s only one galaxy. The Universe contains billions more galaxies, each with its own billions of stars. Just how many stars might be out there in the whole universe?

Activity: A grain of rice

Let’s use a bag of rice to visualise the scale and structure of our local corner of the universe.

If you’d like to read more about the groups of galaxies around us, try these links:
The Local Group (NASA)
Virgo Supercluster
The superclusters in the Laniakea Supercluster (called the “Nearest Superclusters” on this page)

If you’d like to explore the gigantic SIZE of the universe further, try NASA’s Cosmic Distance Scale.

The picture of the Milky Way at the very top of the page is by Bruno Gilli/ESO, http://www.eso.org/public/images/milkyway/

This work is licensed under a Creative Commons Attribution 4.0 International License.

The Things Living In Jars in my house have been upgraded to an aquarium! Current census: 5 neon tetras, 4 adult guppies, 5? juvenile guppies, monotonically increasing numbers of cherry shrimp and snails, and a semi-infinite supply of algae.

We now also have an extremely loud cat. He does not live in a jar.